I enjoy reflecting on my shows. No two are the same. I feed off the energy of the audience and the atmosphere around me. and I carry the good vibes into the next show. The vibe at WINTERFOLK is amazing. The loyal following of this festival LOVE the music, and all the amazing team of organizers and volunteers make it a fabulous experience for everyone.

1) The Launch Party set:  a well-attended meet and greet event for all festival artists, organizers, volunteers. It was an honour to have been asked to perform for the group to kick off Winterfolk XVII, and getting to hear the other wonderful artists performing that evening was awesome:  Maggie & Mr. Rogers, and the Jerome Tucker Band! Great energy all around.

2) Friday night at Mambo Lounge:  a sweet couple called us "bar angels" on the way out...and sold a few CD's.

3) Saturday night with the unforgettable ORI DAGAN - "Vocal Jazzercise" workshop at Dora Keogh.  I haven't had that much fun since my days in the York University Jazz Choir!

Can't wait for next year!

"Settling Up" is #4 on EARSHOT's National Jazz Chart 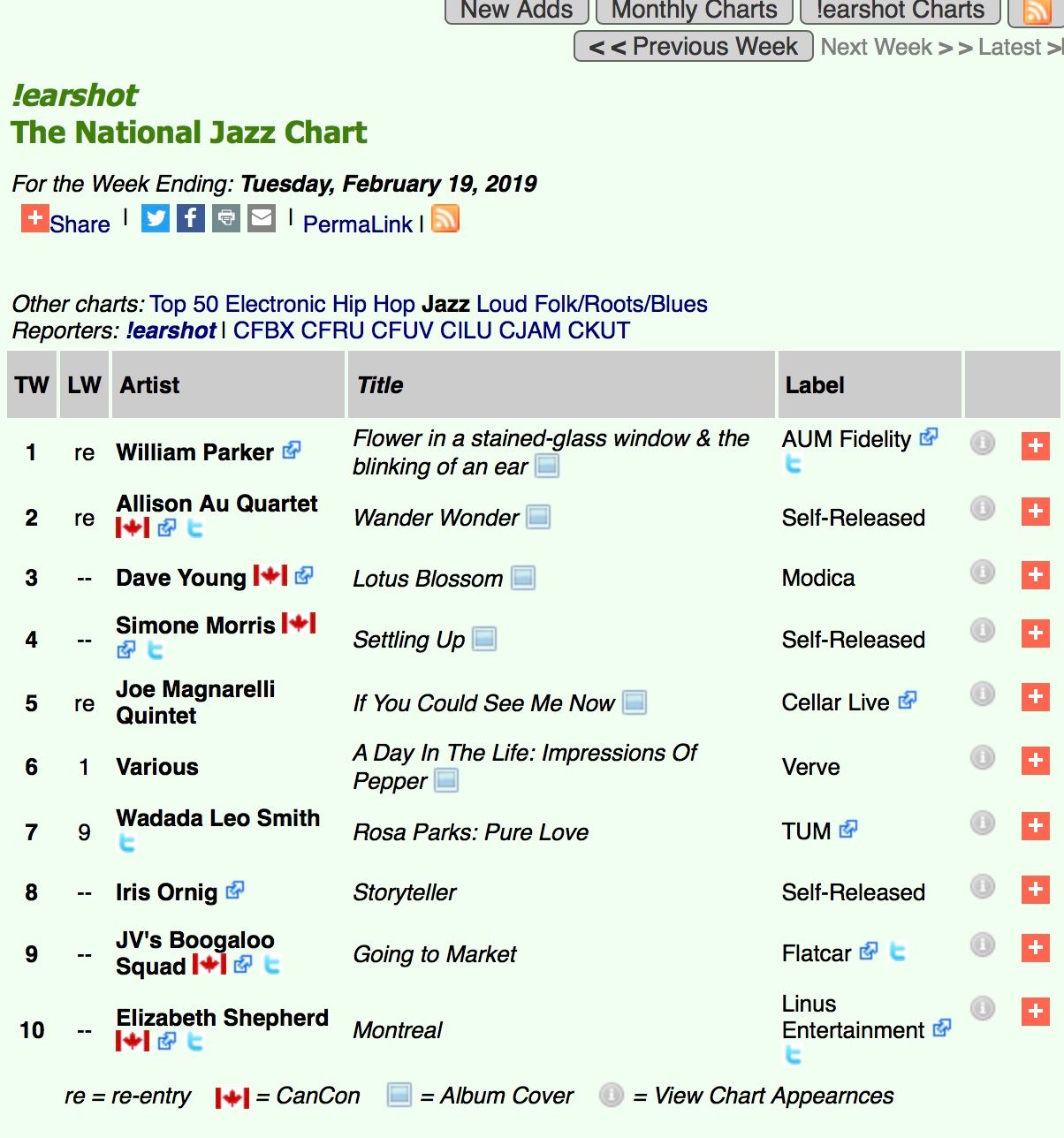 So thrilled to have been invited to perform all 3 days of 2019's Winterfolk Blues & Roots Festival.  I've even been invited to do a set at the launch party for festival artists, staff and volunteers. You can join Mike Freedman and I at the venues mentioned in the CONCERTS section of my website.  Hope to see you there!

INTERVIEW ON "THE JOE SHOW"! WITH HOST JOE CRAWFORD

My first-ever phone interview with Joe Crawford of THE JOE SHOW! You never know how many people might be listening so I tried to remember that the most important thing is to be authentic - a true and honest representation of the music I've poured my heart and soul into, and let vulnerability show through.  Joe was awesome.  Another first... I wonder what is next???!

Listen to the archived episode (S12 E16) on iHeartRADIO here:

In-studio interview at CBC RADIO today, with the amazing Nana aba Duncan of "Fresh Air"!  I must say I think I could get used to this.  Extending heartfelt thanks to everyone at "Fresh Air" for welcoming me there to talk about "Settling Up", my background, family life, and of course, the music!

Today I am celebrating the most meaningful achievement of my career.  Last night was the live album launch concert of "Settling Up" at The Jazz Bistro.  What one can hope, is that in their lives there are meaningful people, meaningful experiences and meaningful work.  I am happy to say I have it all.  I feel blessed.  Yesterday I was surrounded by so much love, surrounded by music of such a calibre it could make you dizzy, and playing to a room interested in the music written by me and my dear friend and colleague - music and words that I am deeply proud of.  The Jazz Bistro was FULL.  People gathered to witness live jazz - original music they could not sing the words to (yet) - and celebrate not only me, but the outstanding musicians that all gathered to support the album as well:  Mike Freedman (co-writer, producer, MD), Adrean Farrugia (piano), William Sperandei (trumpet), Bill McBirnie (flute), Chris Adriaanse (bass) and Max Senitt (drums).

I feel like I won the lottery.  I am thrilled to have shared the music out and can't wait for what lies ahead.   :)

What a treat to be called in to THATChannel.com to chat about my new album "Settling Up" live on the "Liquid Lunch" show today. Another first for me!  With the album just out Nov 2, and the Album Release concert on Nov 8 at The Jazz Bistro, it was an amazing opportunity to connect with new listeners/viewers.  Darrell, who was filling in for Hugh Reilly, asked some great questions not only about the album and the show, but who I am, and what motivates me musically.  It's one thing to think about these things and talk naturally over a coffee or something, but it is another thing entirely to think coherently while a camera is on you.  I embraced the challenge!  Thanks Darrell, and all the super nice folks at THATChannel.com for a fantastic experience.  Here is the interview... 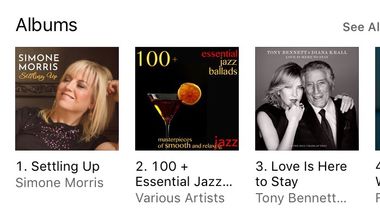 MY DEBUT ALBUM "SETTLING UP" HIT #1 ON THE ITUNES CANADA JAZZ CHARTS November 3rd, 2018!!!  What an unexpected treat, especially next to a compilation album, and DIANA KRALL and TONY BENNETT!

MIKE FREEDMAN and I (Mike co-wrote all the songs, produced the album, played guitar on it, mixed it...) are so very proud of the music. To say we invested much of ourselves in the writing and production of it would be an understatement. The smartest thing we did in my opinion was bring in the most perfect people for the music! We recorded at Canterbury Music Company with none other than Jeremy Darby (sound engineer), and selected a dream team of musicians:

A world of thanks to CBC Radio's "Big City, Small World" and "Fresh Air" for radio airplay in advance of the release, and to Radio Regent's "Corby's Orbit" for spinning a track on release-day.  I am sure that all of this contributed to the overwhelming results on the day of the release.

And now, it's out!!! The sense of accomplishment wafted over me in tidal waves, while in somewhat of a state of disbelief that this long road to completion had in fact reached the end. But waking up Saturday morning with my album at #1 on the iTunes Canada Jazz Chart was simply the best.  I am humbled and thrilled at the support of friends, fans and of course CBC Radio! I am incredibly grateful to everyone for making that unforgettable moment happen. I am so looking forward to what lies ahead.  THANK YOU!!!!